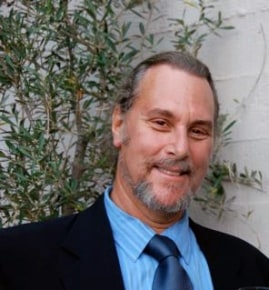 Julian Neil, Ph.D. is a Spiritual Psychologist, Traditional Naturopath, Iridologist and a Yoga Master, practicing in Los Angeles and specializing in the mind/body/spirit healing of all illnesses. Dr. Neil has been privileged to have the teachings of Holistic and Naturopathic wisdom, Yogic science, and, finally, Shamanic medicine personally bestowed upon him by many of the world’s leading masters. Dr. Neil has taught, lectured, and studied in countries around the globe, and continues to travel the world, bringing ancient and modern technologies and remedies to his healing practice. One cornerstone of his practice is the belief that the intrinsic, holistic, intuitive and nourishing healing of nature functions effortlessly, and spontaneously once one has removed obstruction or resistance. True harmony with nature then becomes established in the profound knowledge of the true self. 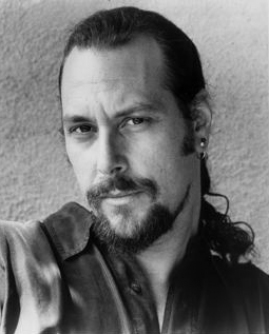 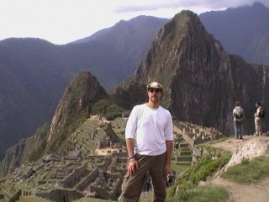 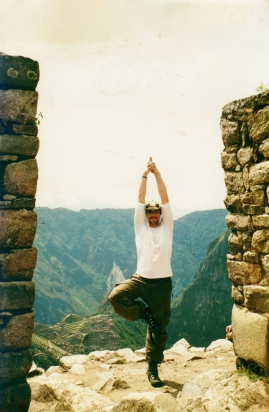 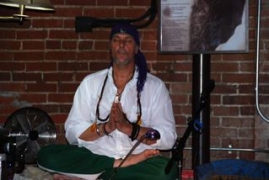 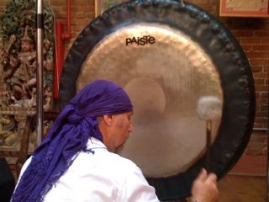 In 1956 at the age of 4, Dr. Neil found himself on a hospital room ward scheduled for surgery the next day. He shared the room with 20 other children, each scheduled for surgeries of their own. The other children were all much older than him ranging from ages 7 to 12. That night, when the lights went out, he could hear the gentle sobs of many of the boys crying in their pillows, frightened about the upcoming surgery, or missing their parents, or both. A boy of 8 across the room shattered through the muffled sobs and hushed moans of the others by crying out, “I’m scared!! I want to go home.” He began to cry uncontrollably repeating those words as if they were a chant. The nurses came rushing in to comfort him, but their efforts only made him more hysterical. He was inconsolable, crying and thrashing in his bed. Soon the nurses were not longer interested in comforting him just restraining him and quieting him down. They began shouting at him and threatening him if he didn’t stop. Nothing worked. Eventually they gave up and ran out to get a doctor to give the boy a sedative. When they returned the boy was quiet. Dr. Neil was sitting on the end of the boy’s bed quietly talking to him. He stayed there talking to him through the night. A day later, after his surgery, Dr. Neil came out of the anesthesia with one of the nurses from the previous evening standing by his bed repeating the night’s events to his father. When she finished she began to gently stroke Dr. Neil’s head. Then in her strong Brooklyn accent, “He was amazing…he stayed there the whole night. He’s got some gift.” Dr. Neil’s path of healing others had been established.

Dr. Neil graduated “Magna Cum Laude” with a Bachelor of Arts Degree in Psychology from New York University’s prestigious Metropolitan Leadership Program, which he attended on an awarded state scholarship. He did his post-graduate study of Psychoanalysis in New York as well at the Center for Modern Psychoanalytic Studies where he interned under faculty member Dr. Jane Goldberg, recognized as one of the nation’s leading authorities in the field of psychological oncology, in her cancer groups. It was then that he first began to fully understand the deceits of the mind and their profound effect on the body. He recognized the need to master Natural Medicine as well as psychology if he wanted to be able to truly facilitate the healing of cancer and other degenerative diseases long thought to be incurable.
Dr. Neil often laughs at what he calls his “obsession” with studying Natural Healing with many of the worlds leading masters including the world-renown Natural Healer and Iridologist Dr. Bernard Jensen with whom he trained for many years, serving several internships at his Health Valley Ranch. He interned and trained as a Naturopath directly under the late Dr. Leo Roy, one of the pioneers of Holistic Medicine, in his clinic for cancer patients in Vancouver, Canada. In addition, Dr Neil has lived and studied with several earth-honoring tribes in South America training directly with the Andean Quechua master El Mach’akkway who passed on many of the secrets of shamanic wisdom. But even with all this there was something still missing.
Dr. Neil discovered that for some of his seriously ill patients, following the propriety of psychological treatment and strict Naturopathic Medicine was not enough. Even when patients had the powerful belief and protocol that they could “heal themselves” they often did not have enough of what Dr. Neil refers to as the “psychic juice” to fully affect the physiology. In other words, their psyche was holding on energetically to too many old events and conditionings. Dr. Neil defined psyche beyond the mind to the original German idea of Psyche meaning “spirit”. He needed a technology that would help release this grip and provides a solution, a spiritual solution. The answer lay in his early trainings on the New Hampshire family farm of former psychologist and Harvard professor Dr. Richard Alpert (known as Ram Dass) who had first acquainted Dr. Neil with the science of Yoga and Meditation back in the late 60’s.

An Ancient Science And A New Name

Dr. Neil lived for a year in an ashram where he devoted himself completely to the practice of the science of yoga and meditation. By the time he left, he developed into a proficient teacher and one of the worlds leading practitioners of the Chinese symphonic gong, an instrument capable, when used appropriately, to heal and balance the nervous system and the brain. Dr. Neil moved to Los Angeles where his yogic master awarded him the spiritual name Dr. Gurudev Singh. He has continued to teach yoga Internationally under the name Dr. Gurudev for 28 years, often taking his patients and students on Yogic retreats to exotic places around the world.

From Here To Eternity

The synergy of his Psychoanalytic training, and his experience and mastery of Yogic science has allowed Dr. Neil to become a pioneer in the field of Spiritual Psychology. In addition to his doctorate, Dr. Neil holds two certifications in Naturopathic Medicine, four degrees in Iridology, a certification in Herbology and an International certification to teach Kundalini yoga. Dr. Neil has been in private clinical practice for three decades using his unique integrative vision of Psychology, Naturopathic Medicine, and Spirituality to become one of the country’s leading experts in the science of Natural Healing. Dr. Neil credits his patients and the 35 years of clinical experience with being his greatest teacher. It is what sets him apart from other practitioners in his field.

Dr. Neil has worked as a resident therapist in the 3HO Superhealth drug rehabilitation clinic, and later ran the rehabilitative aftercare programs in Los Angeles for both 3HO Superhealth and the Sierra Tucson clinic. He has appeared on national television and radio, as well as in publications as an expert in the field of addiction cure.

In 1988, Dr. Neil founded the Gurudev Yoga Center and Healing Clinic in Los Angeles, where his motto has been to “educate not medicate”. He has taught the gentle art of self-healing to thousands of patients, therapists of all types, students, yogis, and physicians. Dr. Neil closed down the Yoga Center arm of the Clinic when his first child was born in 2002. Since then he has taught Yoga at Golden Bridge in Los Angeles. In 2006 he began teaching a class at Golden Bridge called “Buddhism and Kundalini Yoga to Live Drumming” being joined by master percussionist Julio Moreno and guest musicians.

As a Naturopath he has served as a member and West Coast Director to the Foundation for the Advancement in Cancer Therapy {FACT) for over 20 years, one of the worlds leading organizations in alternative cancer therapy.

Dr Neil has served as the Health consultant to HBO’s popular Friday night show, Real Time With Bill Maher since 2004.

Dr. Julian Neil is the Naturopath who formulated Ctonics shampoos and conditioners based upon his original organic and holistic formulas created in his office from ingredients garnered from his travels around the globe. Dr. Neil first developed these formulations for his patients, primarily his cancer patients, who needed to be toxin and chemical free. When Hollywood hair dresser to the stars, Campbell McAuley first approached Dr. Neil with his vision for a different type of hair care line, Dr. Neil stressed the need for creating hair treatment products with all organic ingredients that cleansed and nourished both the hair and scalp, addressing the hair as an extension of the nervous system. CTONICS has literally taken years to finalize. Dr. Neil and Campbell synergistically worked together bringing their respective expertise in creating and formulating cleansing treatments and conditioners that rival and out perform those using synthetic ingredients while maintaining the integrity of the original vision. A final triumph was the magical infusion of essential oils. The sensual blend of oils bring out and enhance all the healing properties of the formulas while creating intoxicating scents for the body, mind and spirit.

In 2008, Dr. Neil became the Founder/Director of the S.T.E.P. Institute (Institute for Spiritual Transformational Enrichment Psychology) in Los Angeles where he continues to see patients and train professionals.

Dr. Neil’s book on health with an introduction by Bill Maher, is scheduled to be published in 2014.

Dr. Neil also is on the Board of Directors of the non-profit organization Bodhicitta Inc. dedicated to accomplishing good deeds throughout the world.

Most recently, the Venerable Thupten Ngodup (The Medium of Tibet’s State Oracle), Dr. Neil’s spiritual teacher, bestowed upon him the spiritual name Dorje Dondrup and granted him the honor to serve on the Board of Directors to the Nechung Dhamapala Center Temple in Los Angeles, which opened in December 2014.